The latest Ipsos Political Monitor, taken May 11-17th shows the Labour Party extending their lead over the Conservatives as most trusted on dealing with the rising cost of living in Britain. 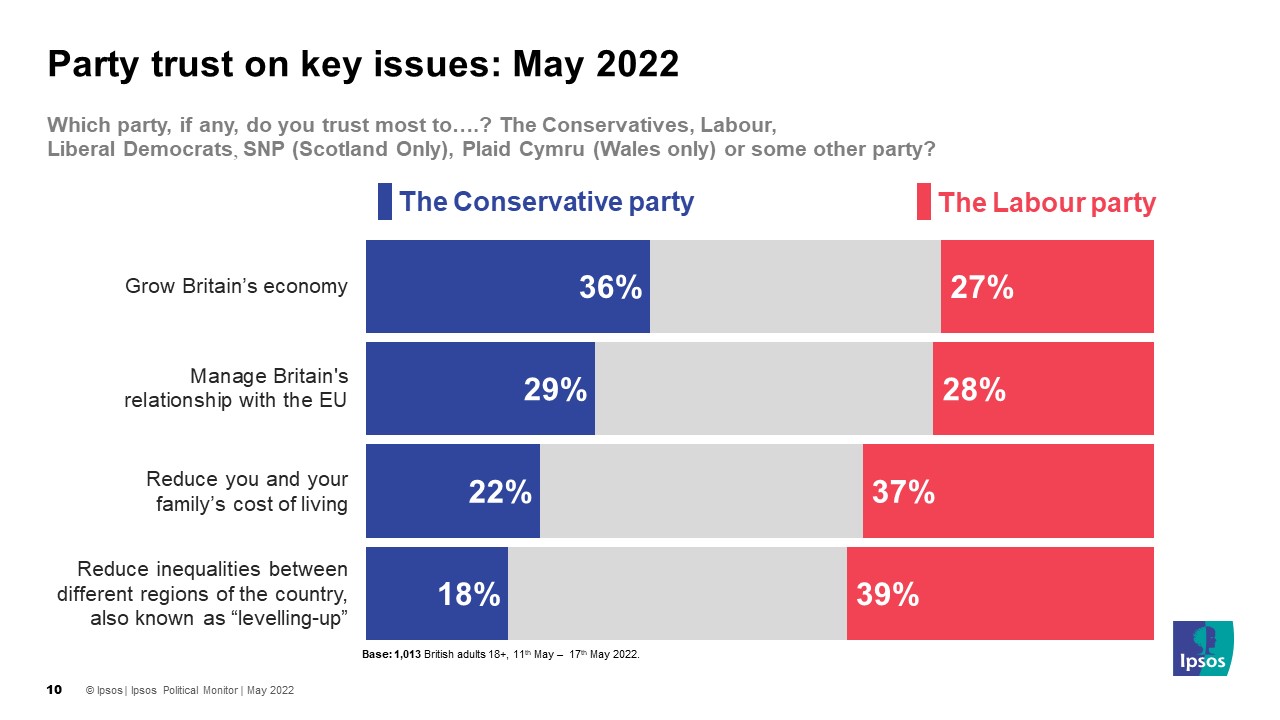 What cutbacks are people making?

In the poll, the public were asked what cutbacks they had made since the start of the year to deal with the rising cost of living. A majority of Britons claim to have made noticeable reductions in their use of heating, electricity or water in response. 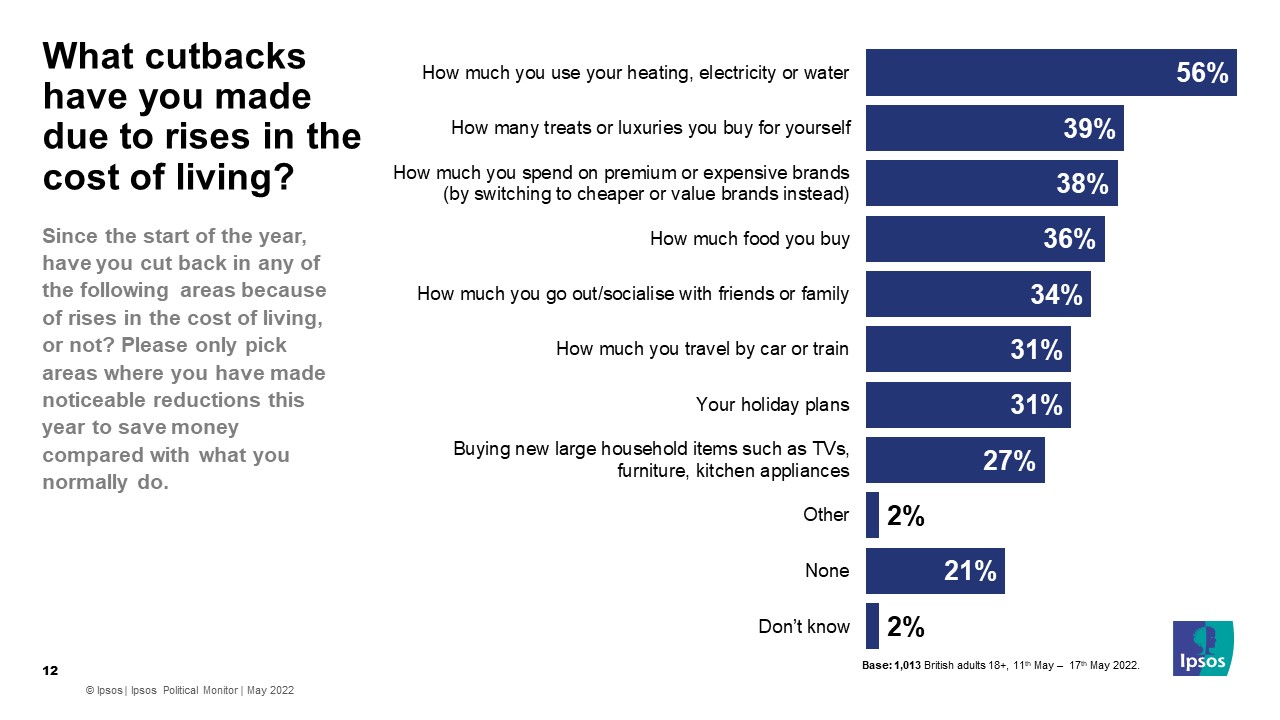 Women were more likely than men to say they were cutting back on:

The cost of living is dominating the public’s agenda at the moment, and because they are concerned about it on both a national and individual level helps explain why there is pressure on the Chancellor and the Government to act. Inflation has a direct impact on people who might be taking steps to keep down the cost of their utility bills – an issue where Britons are more concerned than many other countries - and weekly shop, and on more pleasurable activities like socialising and treats. And this is feeding into the national picture alongside more persistent general economic pessimism, which means politically Labour can take advantage on this issue. The public do not think rises in the cost of living are solely the Government’s fault as they see that other factors are also playing a role, but they do want the Government to provide more support – including many of their own voters.

Ipsos interviewed a representative sample of 1,013 adults aged 18+ across Great Britain. Interviews were conducted by telephone: 11th to 17th May 2022. Data are weighted to match the profile of the population. All polls are subject to a wide range of potential sources of error. On the basis of the historical record of the polls at recent general elections, there is a 9 in 10 chance that the true value of a party’s support lies within 4 points of the estimates provided by this poll, and a 2 in 3 chance that they lie within 2 points. This is especially important to keep in mind when calculating party lead figures.