New polling from Ipsos over the past weekend finds the majority of Britons (53%) think the Government should prioritise peoples’ health, with more restrictions on public events, workplaces and travel, compared to just 11% who think it should prioritise economic health by having less restrictions.  Whilst three in ten say it should be both equally.

These numbers are virtually identical to when the same question was asked mid-March before the lockdown began. 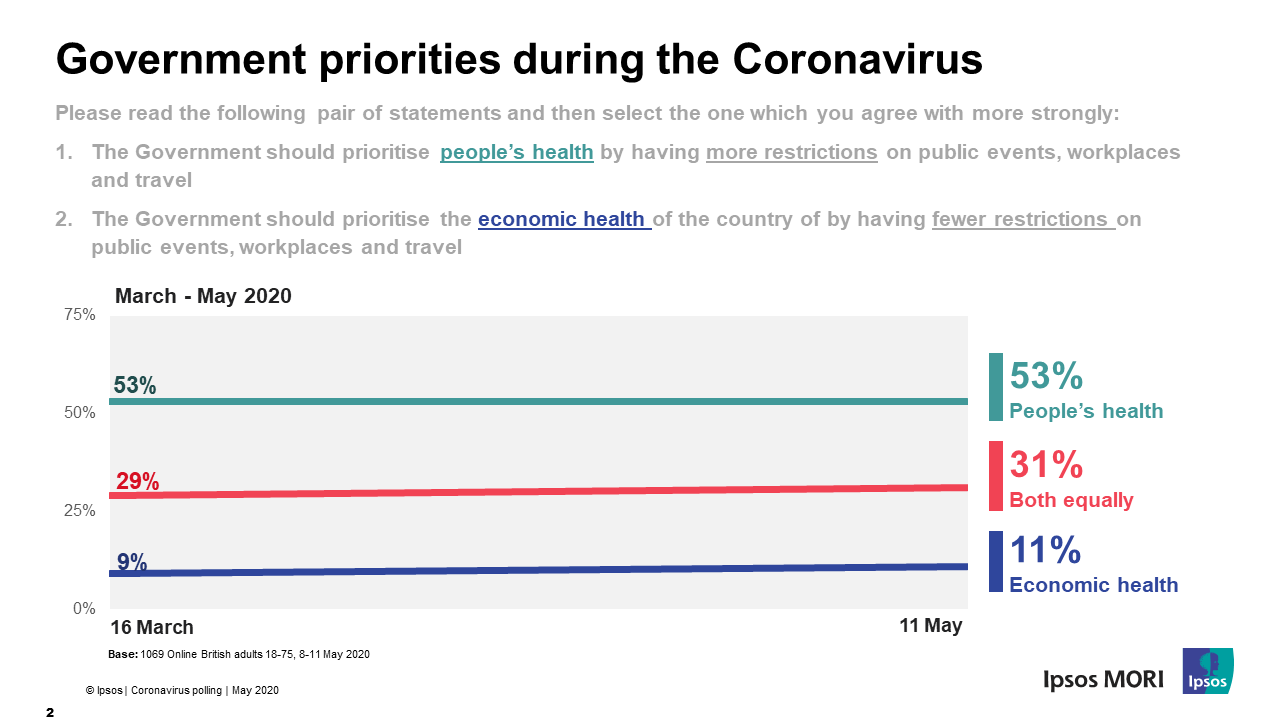 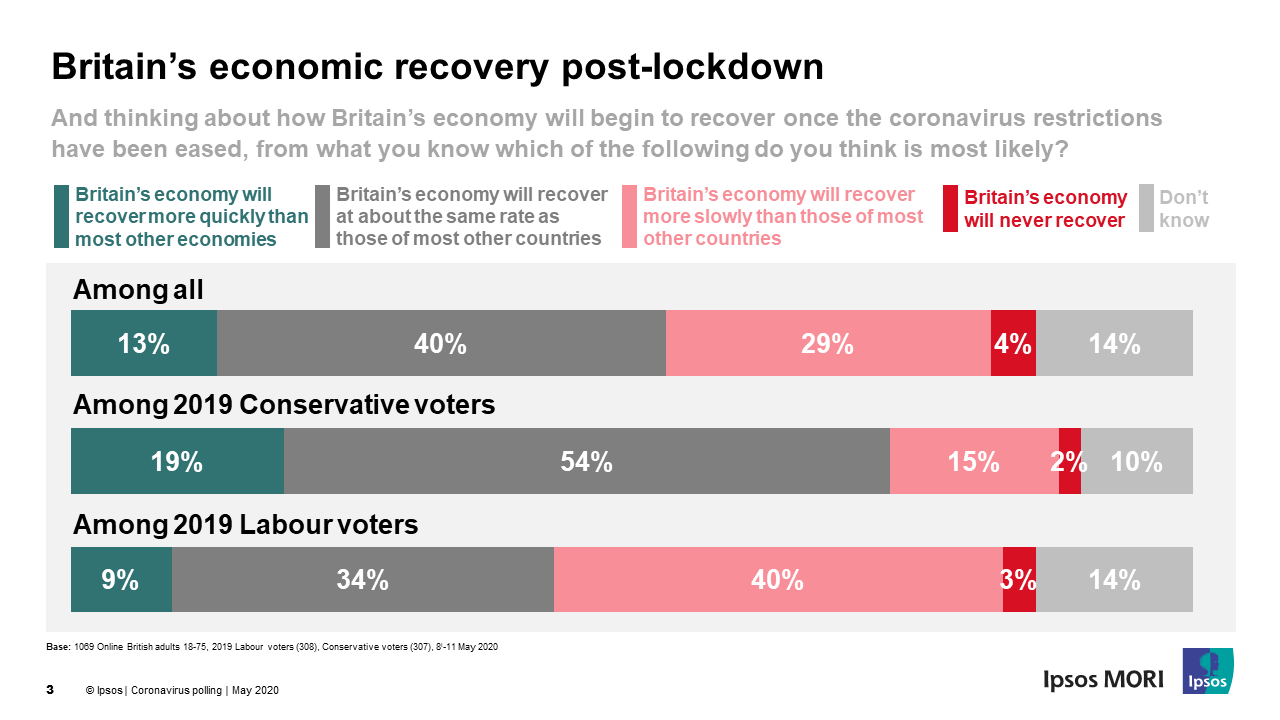 These findings suggest it may be a challenge for the government to take public opinion with it as lockdown restrictions are eased. Despite several weeks of lockdown, a majority of the public still insist the public health should be prioritised over economic health, with more restrictions rather than less if necessary. It is striking that these numbers are virtually unchanged since mid-March. Views may now shift as new rules are better understood but these findings just go to show how cautious the British public is at this stage.