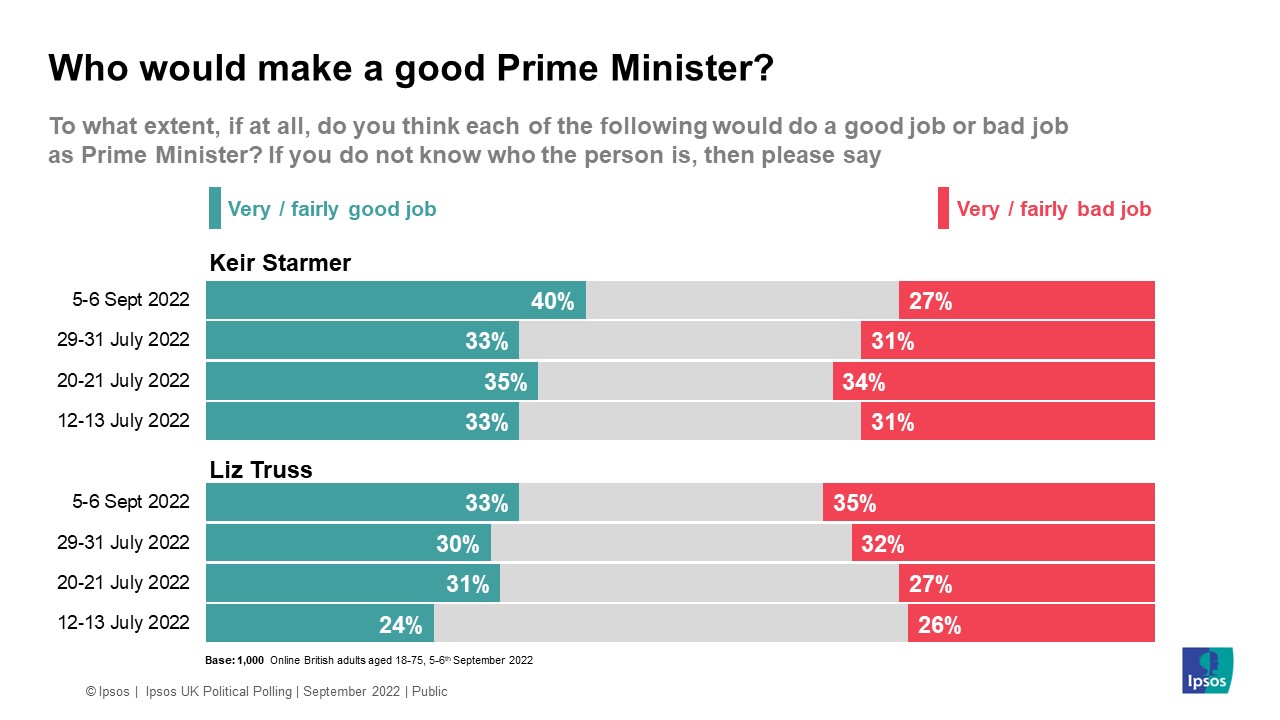 Around 2 in 3 2019 Labour voters say their Leader would do a good job as Prime Minister (65%), showing an increase of 9ppt since the end of July. Meanwhile, a small majority of 2019 Conservative voters say the same for their newly elected leader, 53% expect Truss to do a good job (unchanged from late July).

Similar proportions of the public say they are familiar with the two party leaders, 52% know a great deal or fair amount about Keir Starmer and 50% say the same about Liz Truss. The new Prime Minister has seen her familiarity increase rapidly throughout the leadership election, 33% knew at least a fair amount about her in mid-July, increasing to 40% towards the end of that month and 50% now. 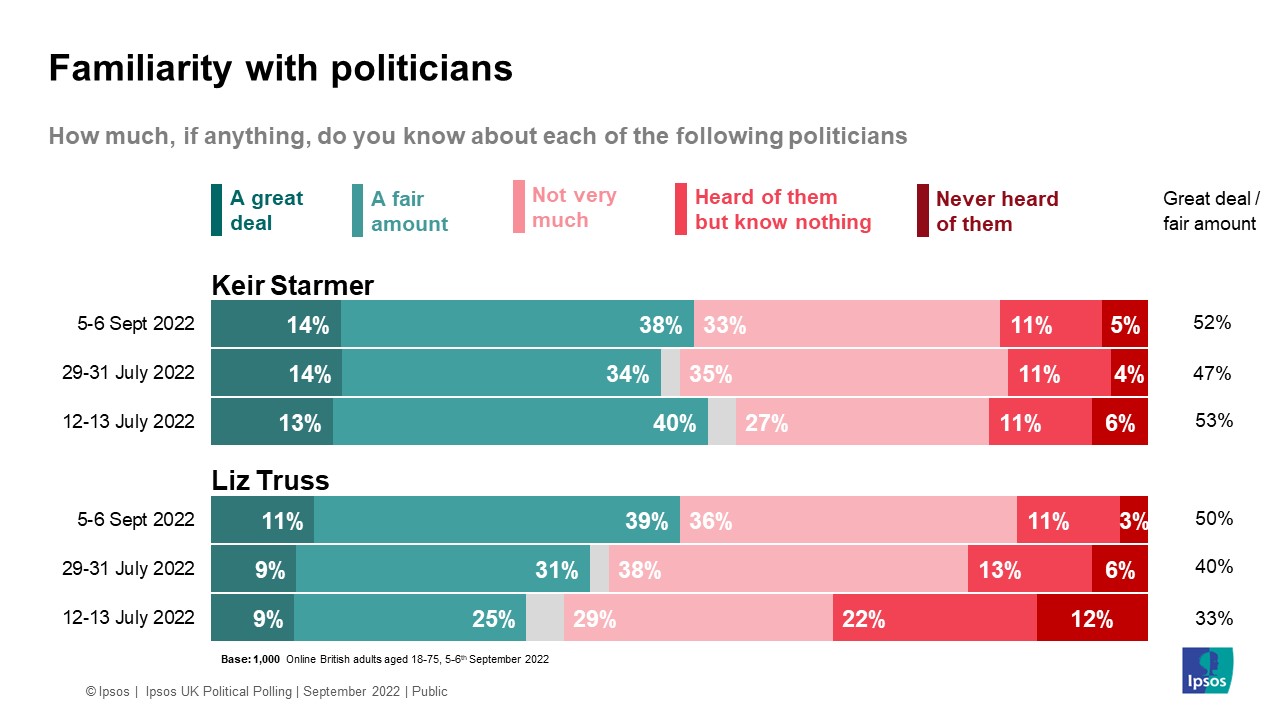 Around three-quarters of Britons have been paying attention to Liz Truss becoming the new Conservative Party leader, and therefore Prime Minister (73%) while 93% closely follow stories about the rising cost of living and 75% do the same for news about the Russian invasion of Ukraine. Almost 6 in 10 (57%) have been paying attention to stories about possible future strikes by rail workers.

Keiran Pedley, Director of Politics at Ipsos, said of the findings:

These results show the challenging political situation the new Prime Minister faces. Although Liz Truss is becoming better known among the public, the jury is out on whether she will do a good job as Prime Minister. Therefore, she will need to hit the ground running in terms of addressing key public concerns, in order to close the gap with Starmer and Labour that appears to have opened up over the summer.