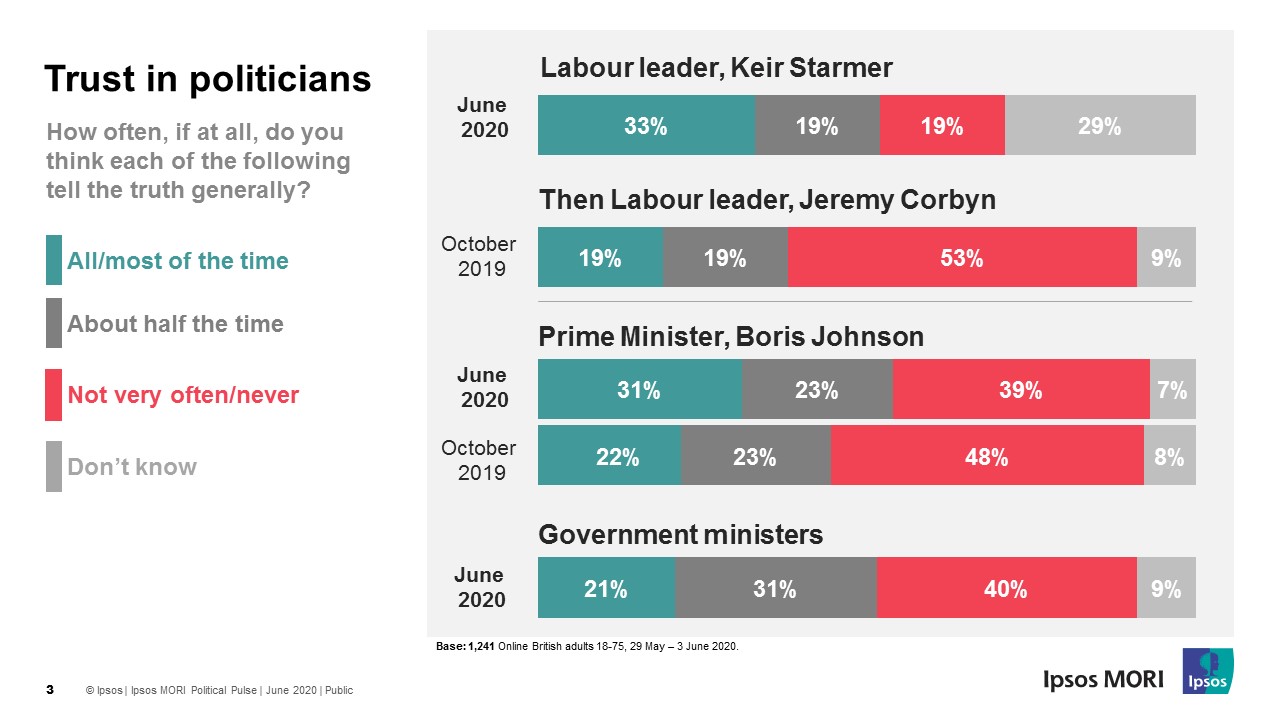 We’ve seen some signs of a rallying-around effect since the coronavirus crisis started.  For example, there is confidence in many public services to respond to the pandemic, and the public seems to be feeling more positive about MPs now too.  However, there is little room for complacency.  It should be noted that the last measure in October was in the midst of divisions over Brexit which may have impacted the public’s views of politicians (we saw a fall in the ratings of politicians in Ipsos’s regular Veracity Index that year).  Further, there remains cynicism towards politics generally – Britons are less likely to believe that the coronavirus will lead to changes in the way we are governed than in other aspects of our society.

Ipsos interviewed a representative sample of 1,241 British adults aged 18-75. Interviews were conducted online from 29th May – 3rd June 2020. Data are weighted to match the profile of the population. All polls are subject to a wide range of potential sources of error.