Perceptions of the parties and their leaders

Ipsos’s new Political Pulse poll shows a significant bounce in Boris Johnson’s favourability ratings, while Keir Starmer has his work cut out for him as the new Labour leader. The new survey asked 1,069 British adults online aged 18+ between 10th – 13th April how favourable they are towards the main GB political parties and their leaders. 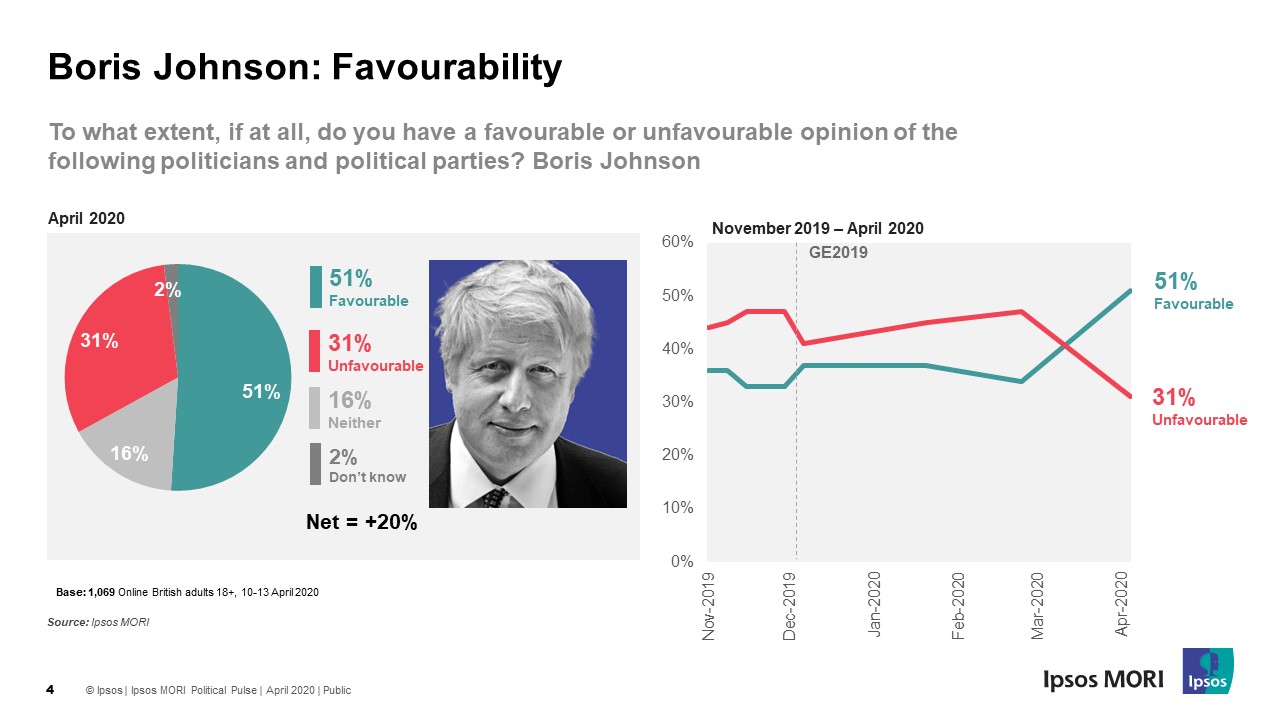 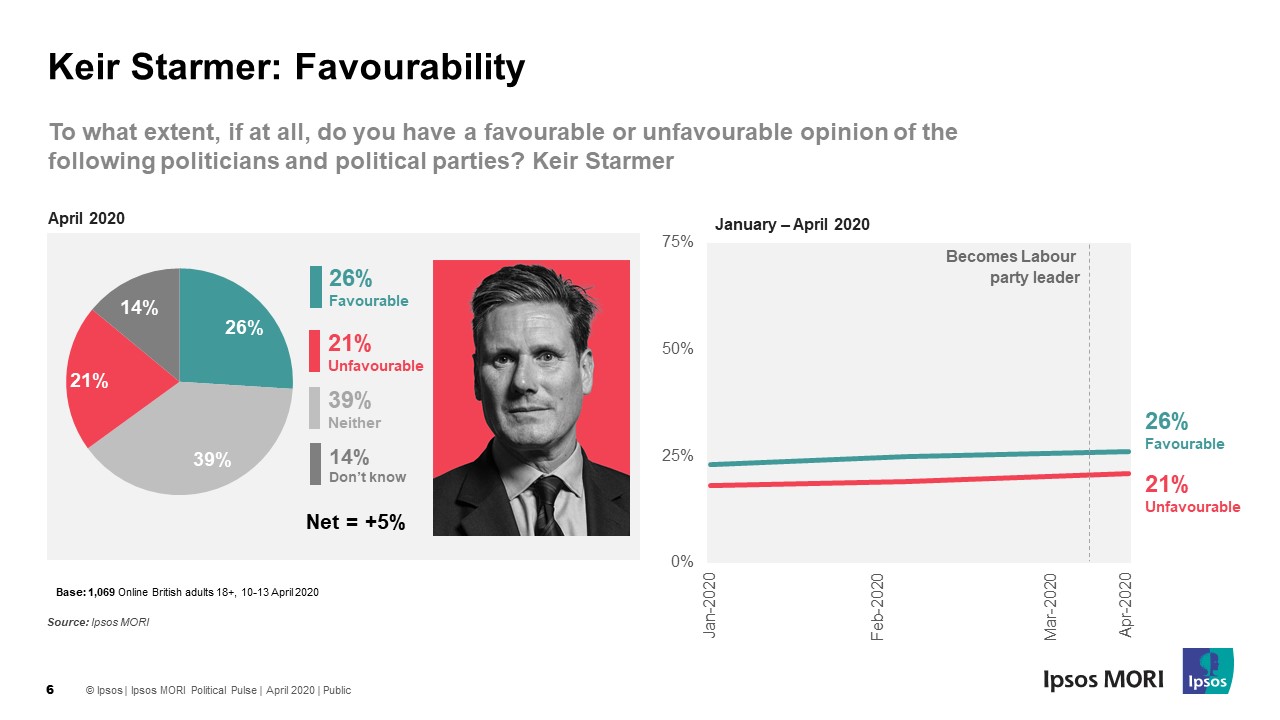 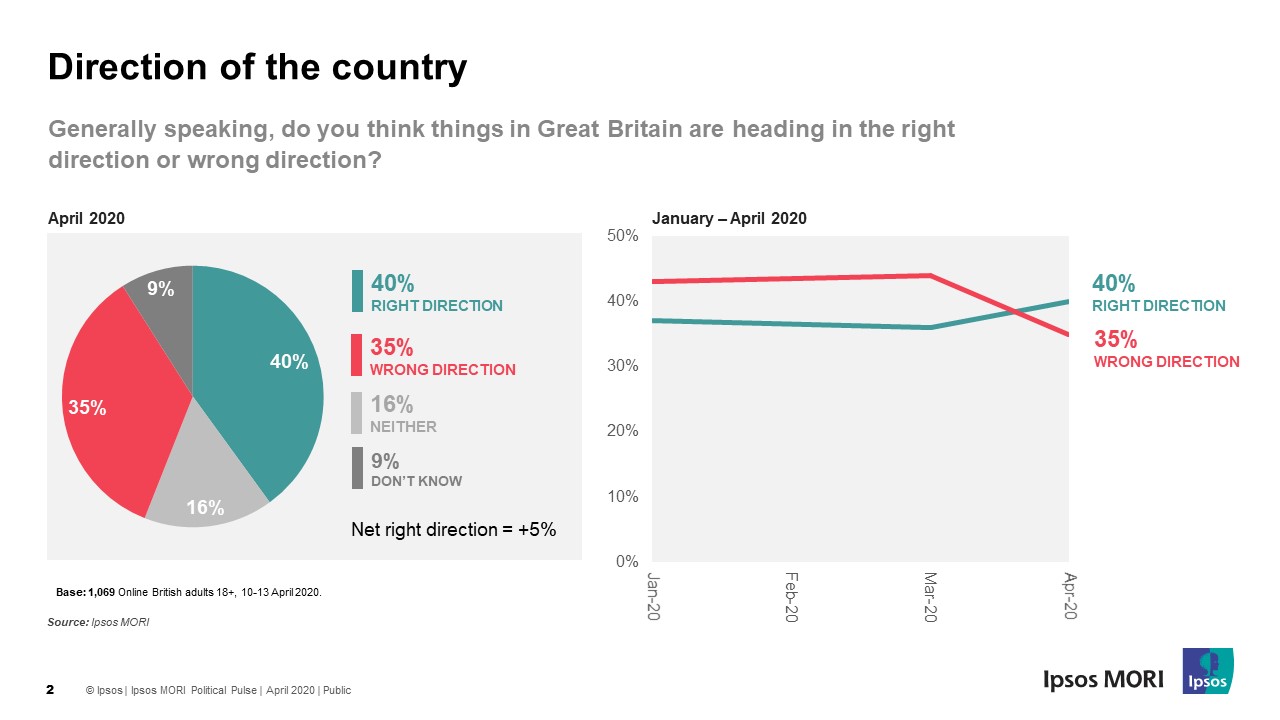 Our findings show that during these uncertain times, public opinion continues to move in a more favourable direction for Boris Johnson as he leads the country through the Coronavirus crisis and Brits rally round the government, an effect we’re seeing in a number of countries. There is a glimmer of hope for Keir Starmer as he takes over as Labour Leader, with more people thinking he will make the Labour party better than worse. Only time will tell if that translates into popular support for the party rising.

Ipsos interviewed a representative sample of 1,069 British adults aged 18+. Interviews were conducted online: 10th – 13th April 2020.  Data are weighted to match the profile of the population. All polls are subject to a wide range of potential sources of error.