According to the new Ipsos Political Monitor, just over a third of Britons (35%) describe Boris Johnson as trustworthy, compared with 42% for the Labour leader Keir Starmer. Both get higher ratings among their own supporters, at 69% and 60% respectively. Among recent Prime Ministers, though, David Cameron gets the lowest ratings, with his trustworthiness rating half what it was almost a decade ago in 2013 when he was in office. Tony Blair also receives negative trust ratings, but Theresa May, Gordon Brown and John Major are all more trusted than distrusted. Fieldwork was carried out last week before the recent stories this weekend. 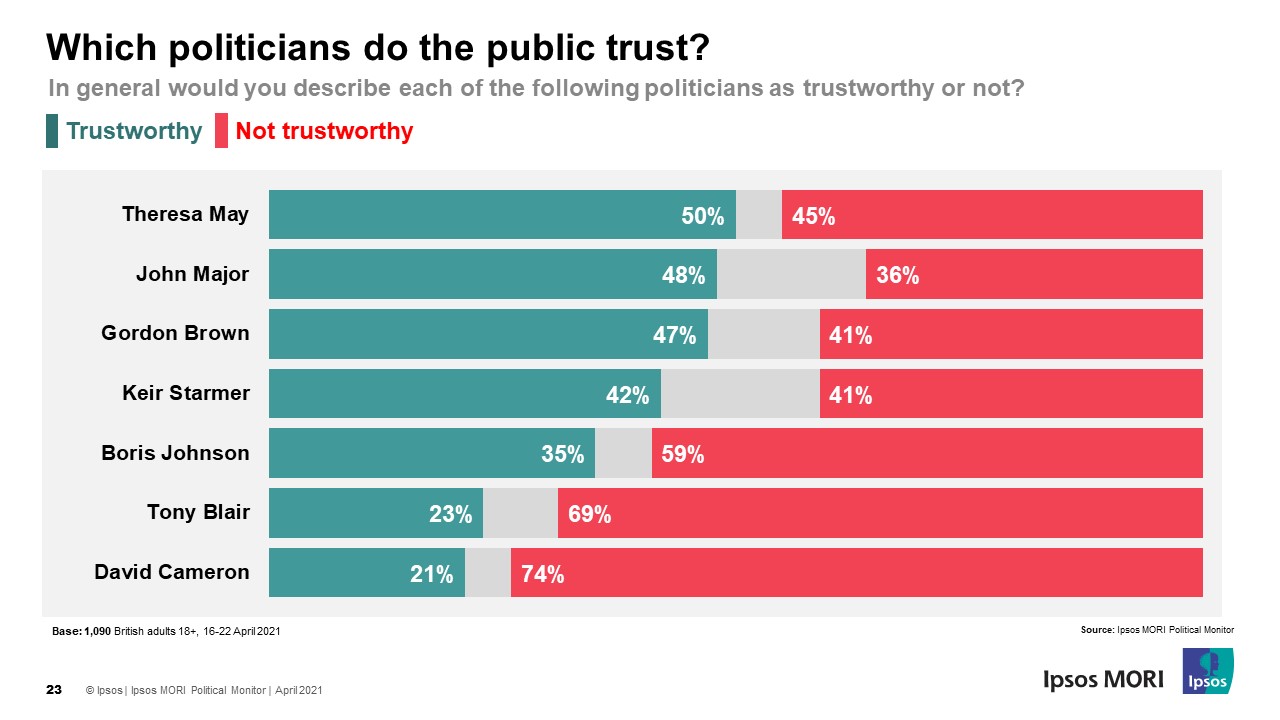 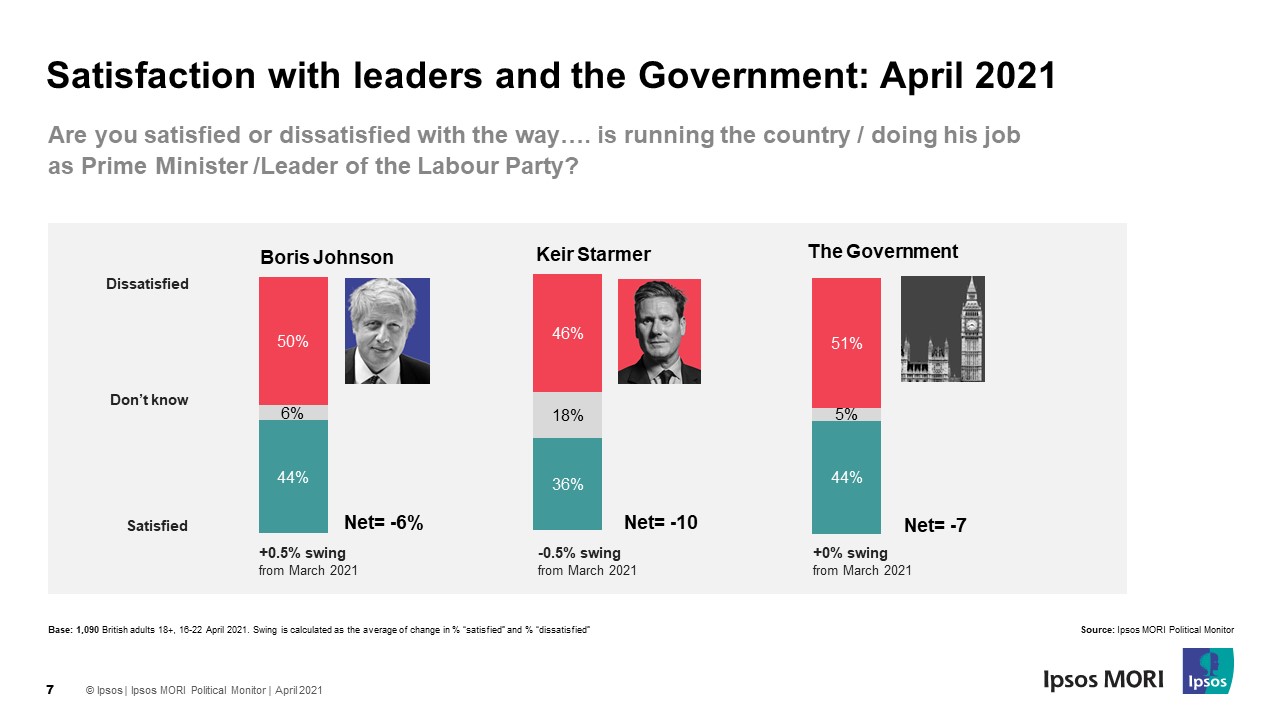 Less than a quarter (23%) say they trust MPs in general to tell the truth while a strong majority (73%) say they do not – figures that have remained relatively consistent since 2004 (with the worst figures in 2009 during the expenses scandal). The number saying they trust MPs to tell the truth however falls to 16% amongst 18-34 year olds. Trust also differs by party lines and may partly reflect which party is in power, for example, a third (35%) of Conservative supporter’s trust MPs in general, compared with just 18% of Labour supporters.

The biggest loser so far from the lobbying row in public opinion terms seems to be David Cameron, who is now seen as the least trustworthy of all recent former Prime Ministers, with a big drop from his time in office. Tony Blair also receives negative ratings, but Theresa May, Gordon Brown and John Major are seen more positively – with Gordon Brown and John Major having most crossover appeal. Overall trust in MPs remains low, as it has for many years – so far, this doesn’t seem to have made it worse, but engaging young people in politics remains a challenge. For the current occupant of No.10, the picture is not quite as clear cut. This data shows that on honesty Boris Johnson is clearly trumped by his opponent Keir Starmer, so this is an area of potential risk for him. However, his own supporters still trust him, and the public overall have never seen it as one of his strongest attributes. His overall satisfaction ratings as PM were unchanged last week, and as previous leaders have shown, you don’t have to be ahead on trust to win elections if the public thinks you have other strengths. The key question is whether and if these stories continue and start to change the public’s overall view on him as PM.

Ipsos interviewed a representative sample of 1,090 adults aged 18+ across Great Britain. Interviews were conducted by telephone 16th – 22nd April 2021. Data are weighted to the profile of the population. All polls are subject to a wide range of potential sources of error. On the basis of the historical record of the polls at recent general elections, there is a 9 in 10 chance that the true value of a party’s support lies within 4 points of the estimates provided by this poll, and a 2 in 3 chance that they lie within 2 points.