Ipsos’s latest Political Monitor, taken 19th to 25th January, shows Keir Starmer extending his lead over Boris Johnson in who the public think would make the ‘most capable PM’. Mr Starmer now leads the Prime Minister by 18 points on this measure, compared to 13 points in December. Last September the two were level, while before that Boris Johnson had consistent leads over his Labour opponents. Meanwhile, Rishi Sunak consolidates his position among the public when they are asked which of several leading Conservative politicians has what it takes to be a good Prime Minister. 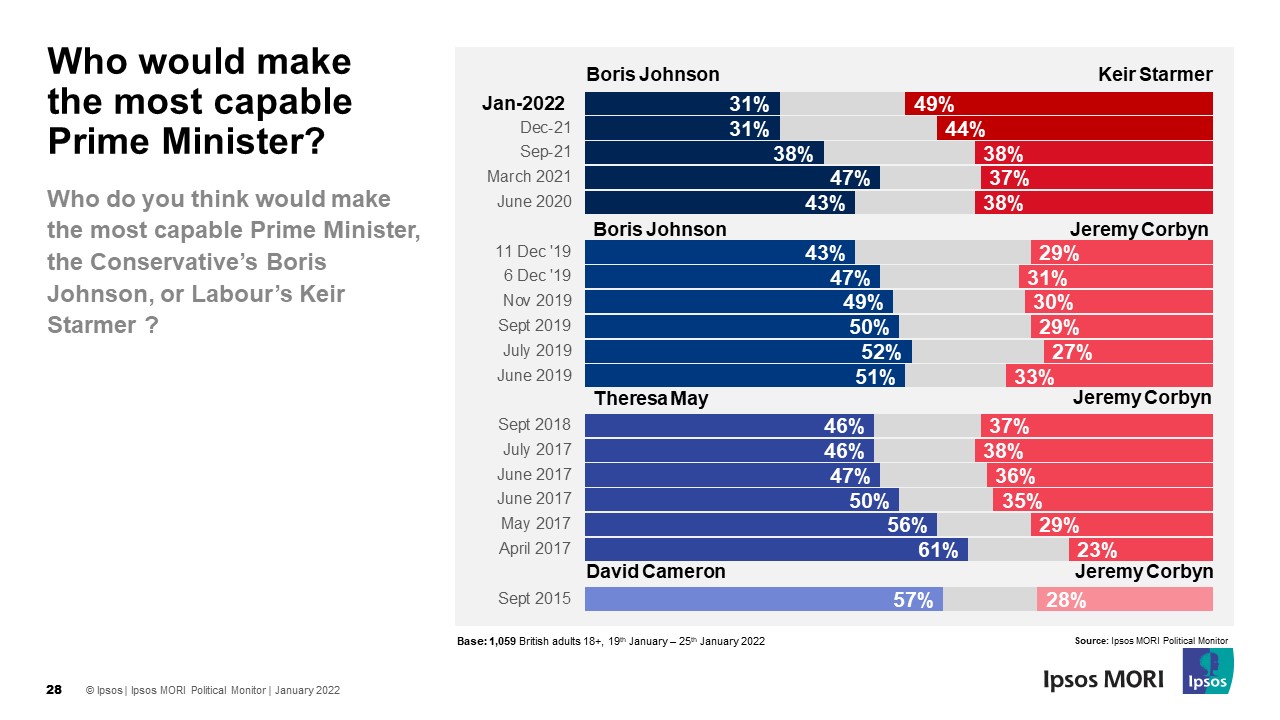 Has what it takes to be a good PM?