New polling by Ipsos in the UK, taken 28-29 September, shows strong public concern at the state of the economy and a lack of confidence in the current government’s handling of it.

Perceptions of the economy

Perceptions of the government’s economic response 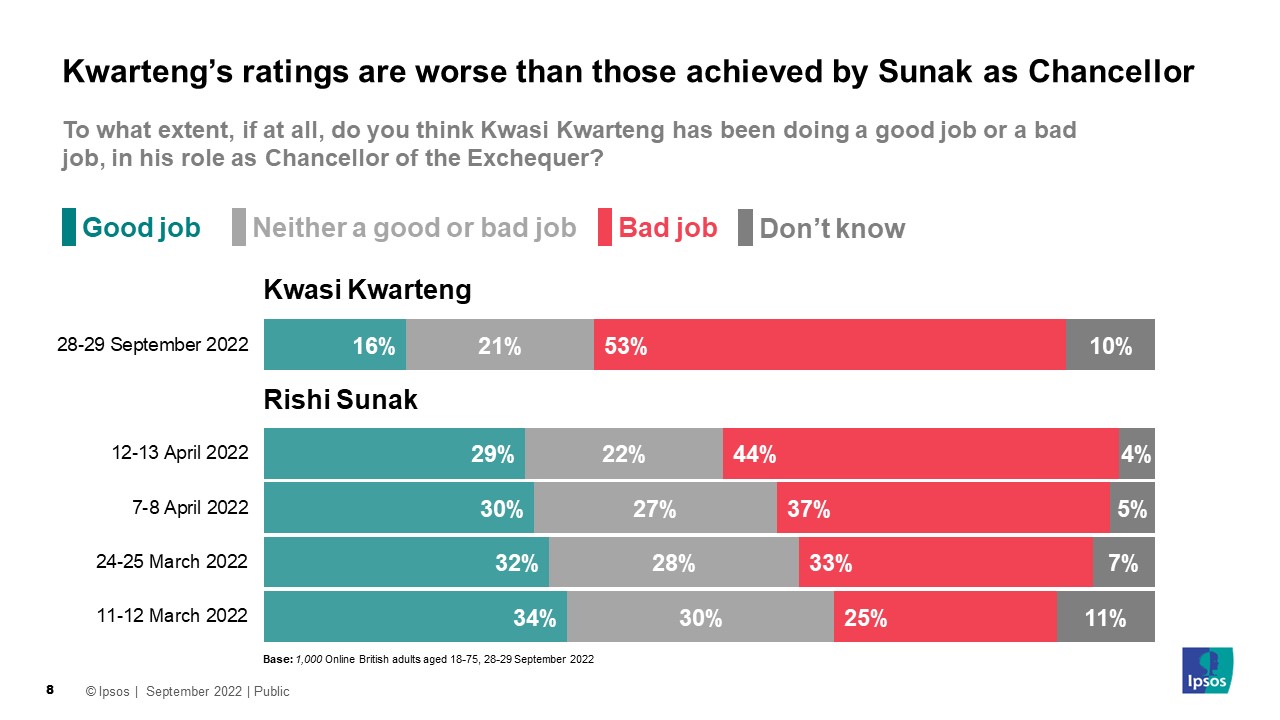 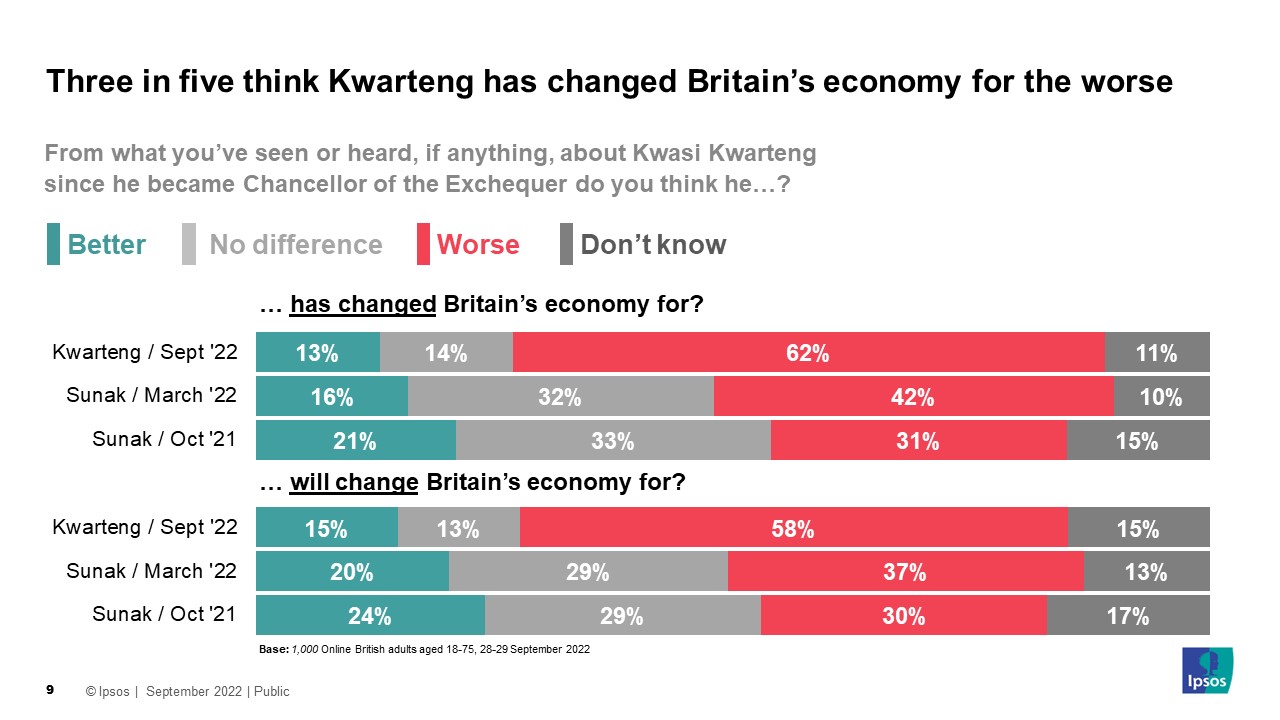 These results make difficult reading for Liz Truss and Kwasi Kwarteng. The public are increasingly concerned about the economy amidst the falling pound and they only see higher earners and big business benefitting from recent announcements. Meanwhile, although they recognise global factors are playing a part, they are inclined to increasingly hold the government responsible for the rising cost of living.
Given that Truss and Kwarteng’s personal poll ratings hardly compare favourably to their predecessors Johnson and Sunak, both will hope economic news improves so they can recover politically in the future.

Ipsos interviewed a representative sample of 1,000 Britons aged 18-75 Interviews were conducted online from 28-29 September 2022 Data are weighted to match the profile of the population. All polls are subject to a wide range of potential sources of error.