A new Ipsos survey of nearly 10,000 unvaccinated adults in 15 countries conducted in partnership with the World Economic Forum finds that vaccine hesitancy tends to be more prevalent among those with lower incomes or lower levels of education, younger generations and/or females. Majorities in all but two of the countries surveyed intend to get a COVID-19 vaccine when it will be available to them. However, the study indicates that vaccination intent has been declining since February – not only in the United States and the United Kingdom where about half of all adults have already received at least one dose, but also in countries, where fewer vaccination campaigns have been much slower, such as Australia and South Korea. 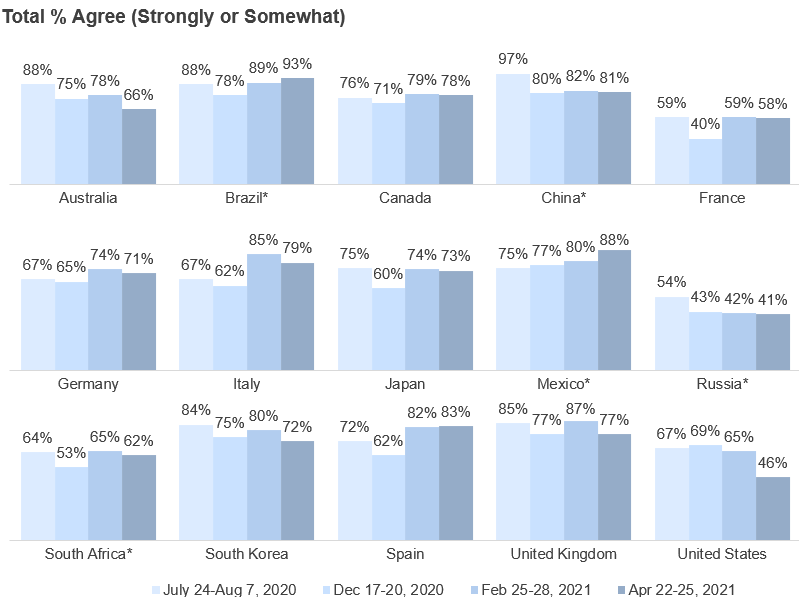 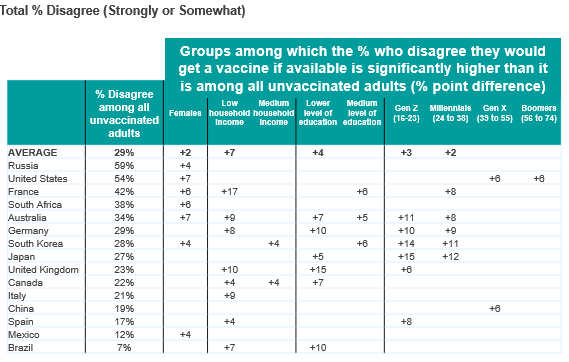 The survey was conducted by Ipsos on its Global Advisor online platform, April 22-25, 2021, among 9,890 unvaccinated adults 18-74 years of age in Canada, South Africa, and the United States, and 16-74 in Australia, Brazil, China (mainland), France, Germany, Italy, Japan, Mexico, Russia, South Korea, Spain, and the United Kingdom.