More than half of people in many large countries think the restrictions on travel and mandates for self-isolation will not stop the spread of the coronavirus, according to the latest Ipsos survey. 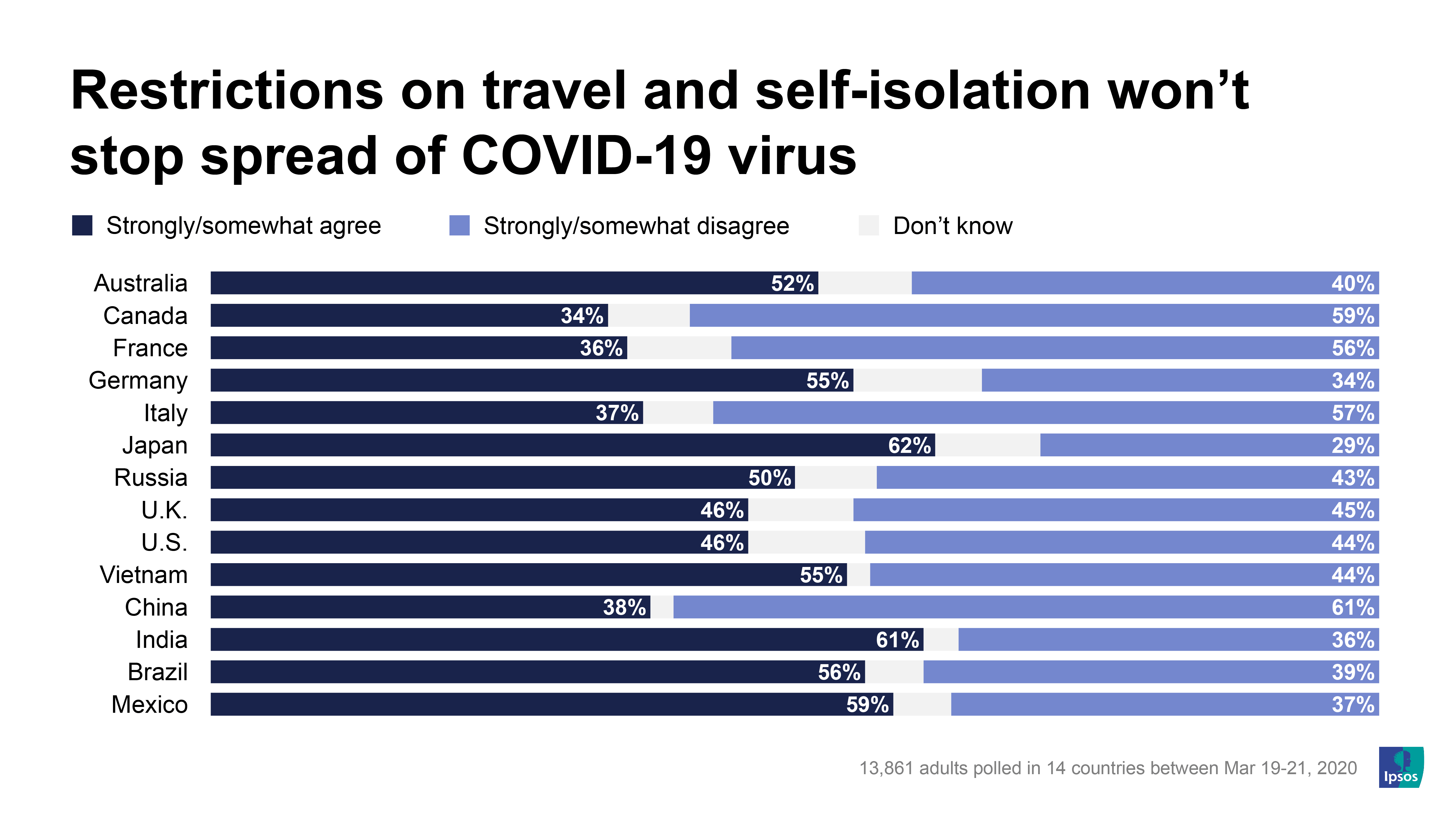 Darrell Bricker, CEO of Public Affairs, said the results show people are not confident that isolation, both personally and nationally, will stop the spread of the coronavirus. 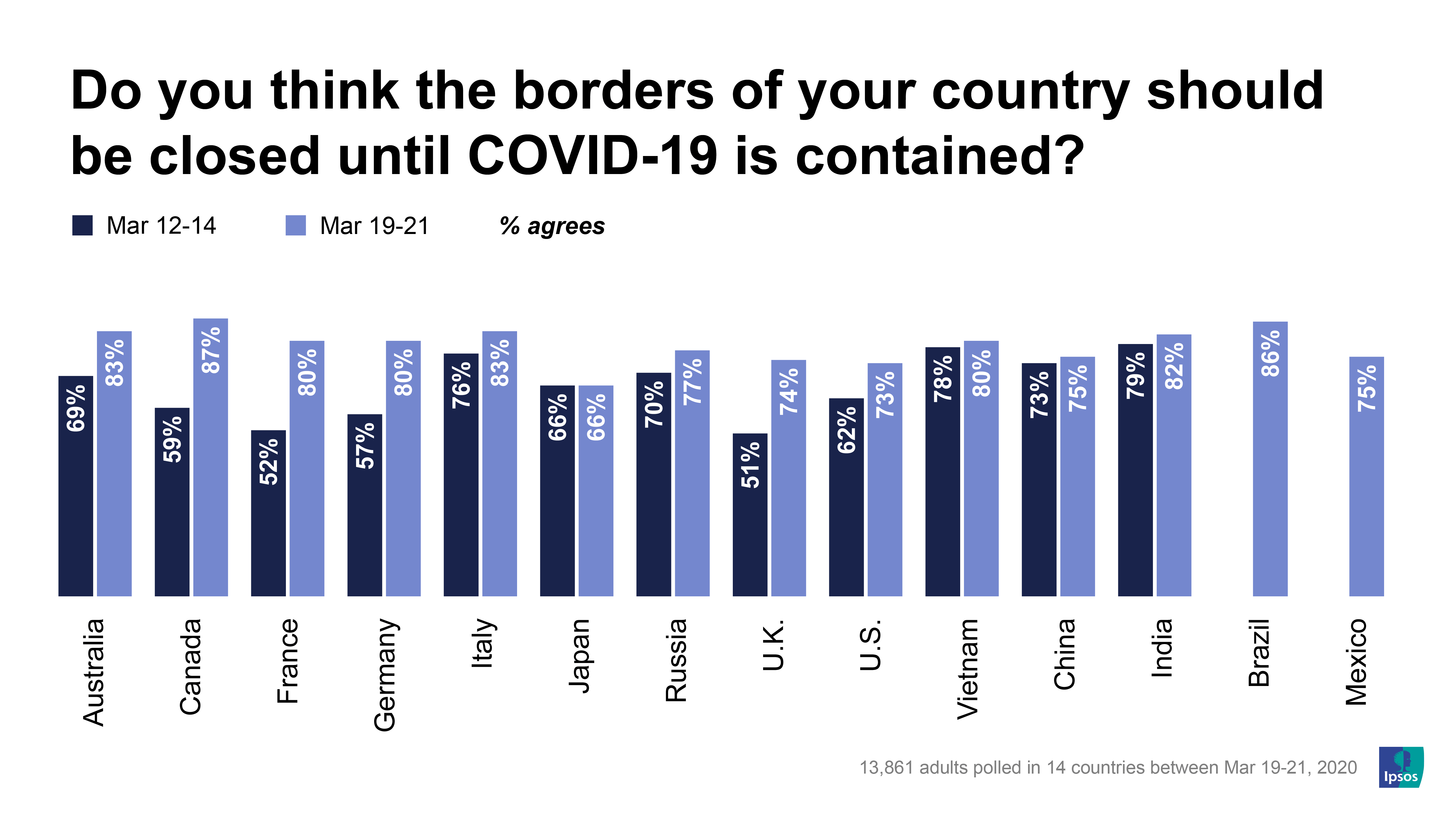 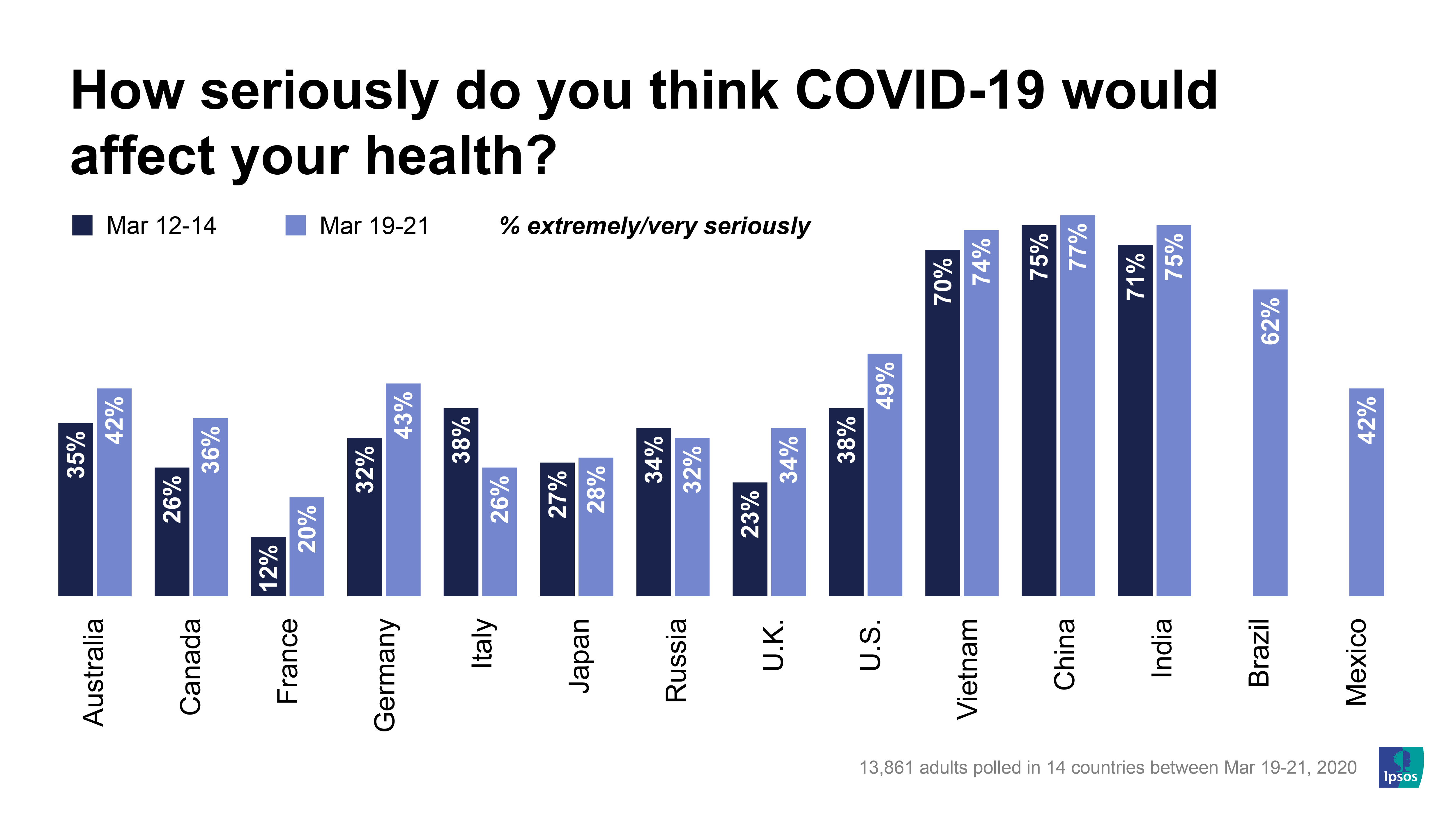 At the same time, there’s also been a noticeable increase in the number of people who think the coronavirus poses a high threat to their job or business in all countries - with Italy being one of the few exceptions remaining unchanged at 63%. Meanwhile, Japan is the only country with a decrease - down two points to 32%. 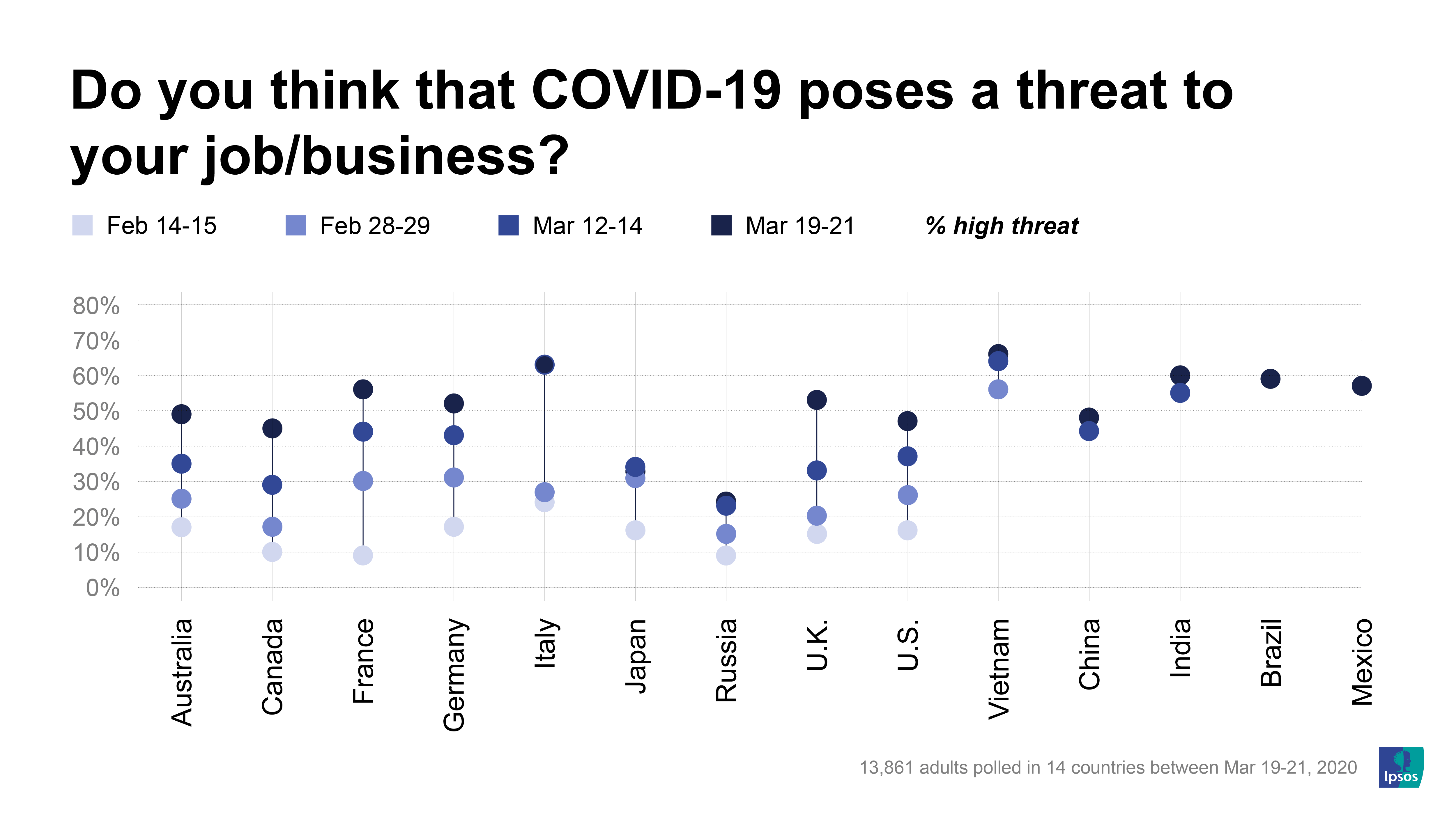