The polling, which was conducted for Dutch National Television Broadcaster ‘NOS’, provided a snapshot of results that was featured on NOS in prime time on election day.  The final vote was very close to our exit poll results. 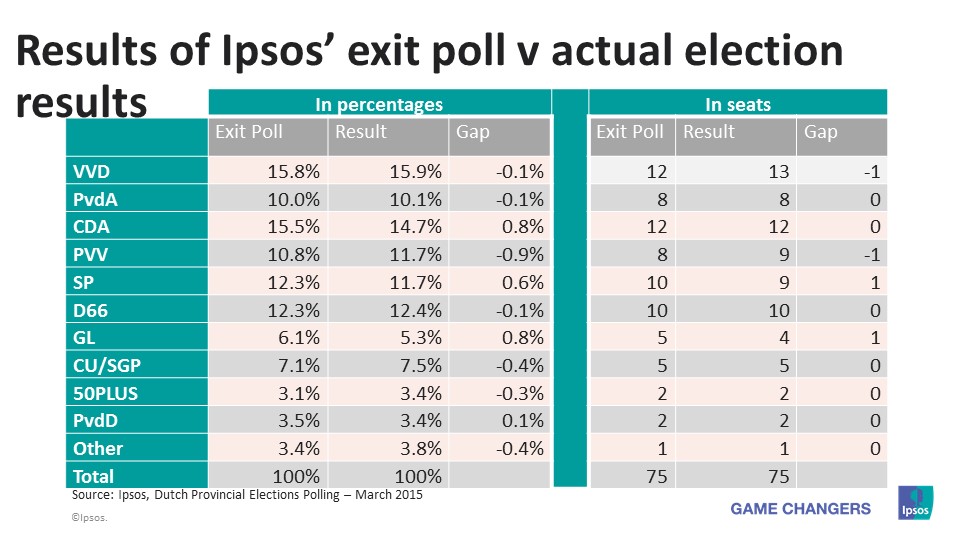 Voter turnout this year was 47.5%, a drop from the 55.9% turnout in the 2011 election. The voter turnout decrease was anticipated in advance due to the fact that the 2011 provincial elections followed the parliamentary elections in 2010, and voters were more eager to decide on whether the governing parties should or should not have a majority in the Senate (provincial representatives eventually elect members of the Senate).

In 2015, the majority of the governing parties in the Senate was on the table as well, but this did not encourage the electorate to make its way to the ballot box.