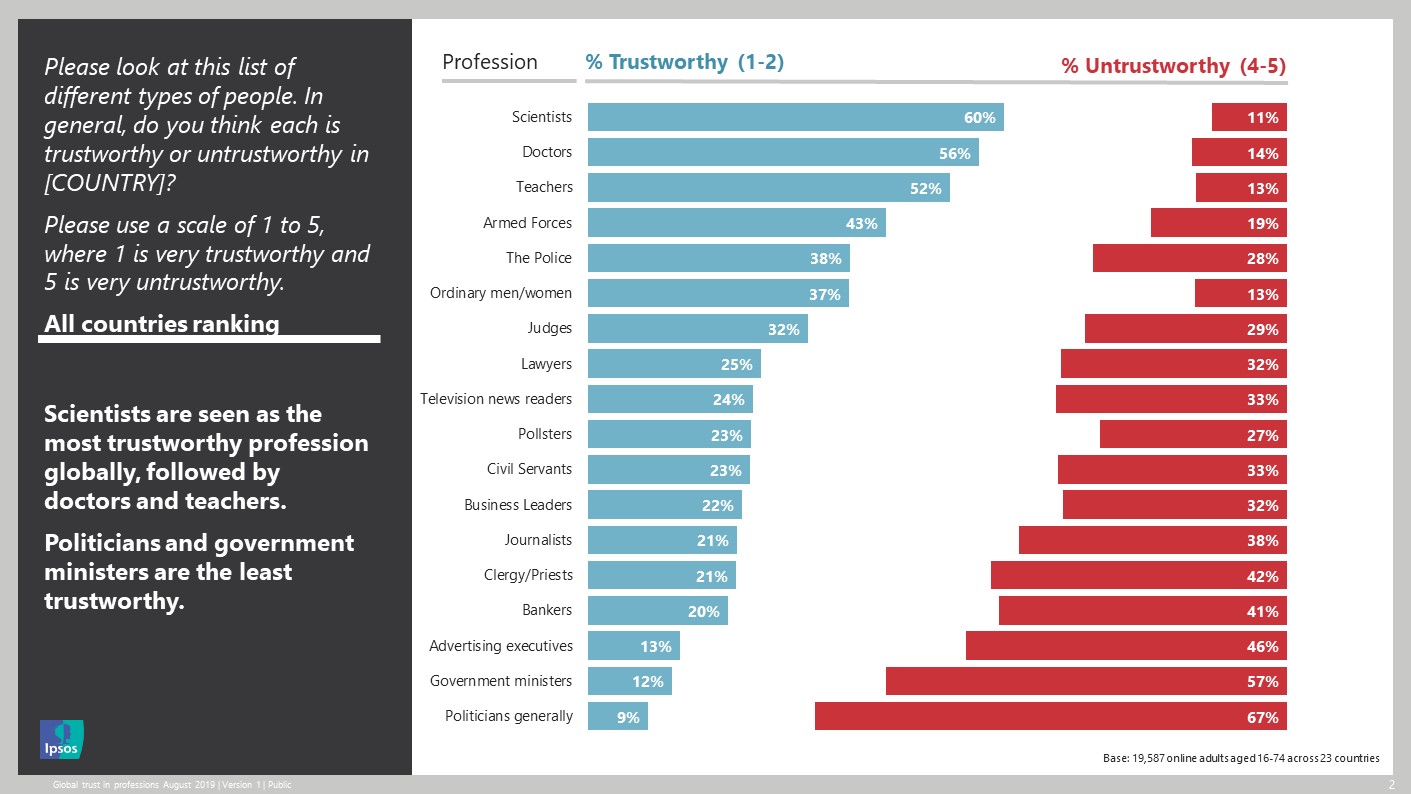 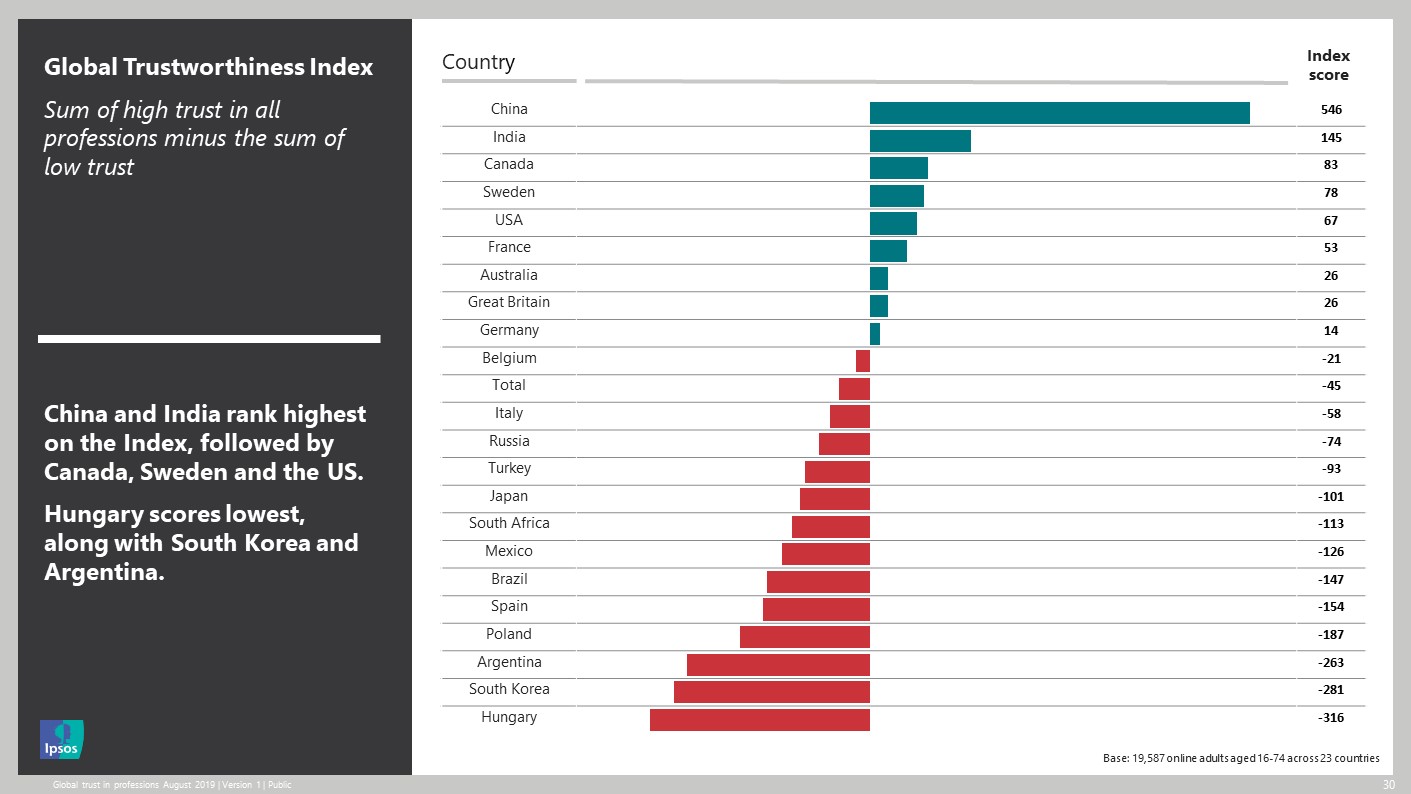 It has been said that we no longer trust experts.  This study shows that in fact, scientists are held in high esteem all over the world. Many professions have high levels of trust.  As our new report, Trust: the Truth shows, trust is not in a new acute crisis.

Read the publication on Ipsos Thinks called Trust: the Truth, that explores the theory and arguments surrounding the complicated concept of trust.